You might not believe in it, but it'd be hard to dispute the power of the Sports Illustrated Cover Jinx when it occurs, because some of the examples are so striking. And Reeves Nelson and the UCLA Bruins appear to be the latest victims of its random fury.

This was the cover from earlier this week. 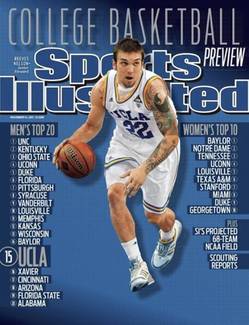 Right after that, UCLA lost to Loyola Marymount, and Nelson was suspended indefinitely last night. This is one of the all-timers for the SI Cover Jinx. Needs to go on the monument really.

To discuss the Nelson suspension and UCLA hoops, head over to Bruins Nation.