Kobe Bryant is probably one of the top-five athletes in the world based on popularity, and it'll only increase next month as the 2012 Olympics get here. While Bryant typically goes with a clean-shaven look on the court, he debuted a new goatee while arriving at Team USA practices this weekend.

We have a picture of Bryant's new look and some reaction from our Lakers blog. Check it out after the jump. 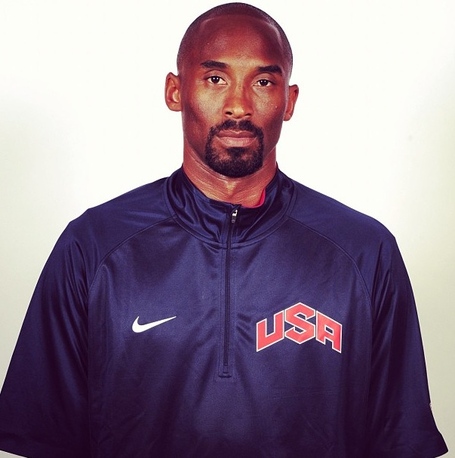 A recent poll at Silver Screen and Roll had nearly 1,900 votes cast. 40% said the goatee looked good and hopes he keeps it (at least for a while), and that was the most popular option. 27% said it looked bad and wanted him to get rid of it. 20% (myself included) wants him to go all James Harden with it and never shave again.

What do you think about Kobe's new look? Go vote in the poll and let us know on SB Nation Los Angeles.