The Los Angeles Lakers were outclassed by the Denver Nuggets 113-96 in Game 6 of their first round NBA playoff series on Thursday night, and much of the immediate criticism has fallen on Andrew Bynum, who absentmindedly said before Game 5 that close-out games were "easy," something the Lakers haven't shown by losing the last two games.

Bynum had 11 points and 16 rebounds in Game 6 but he also shot 4-for-11 from the field and sulked during timeouts, apart from the team. 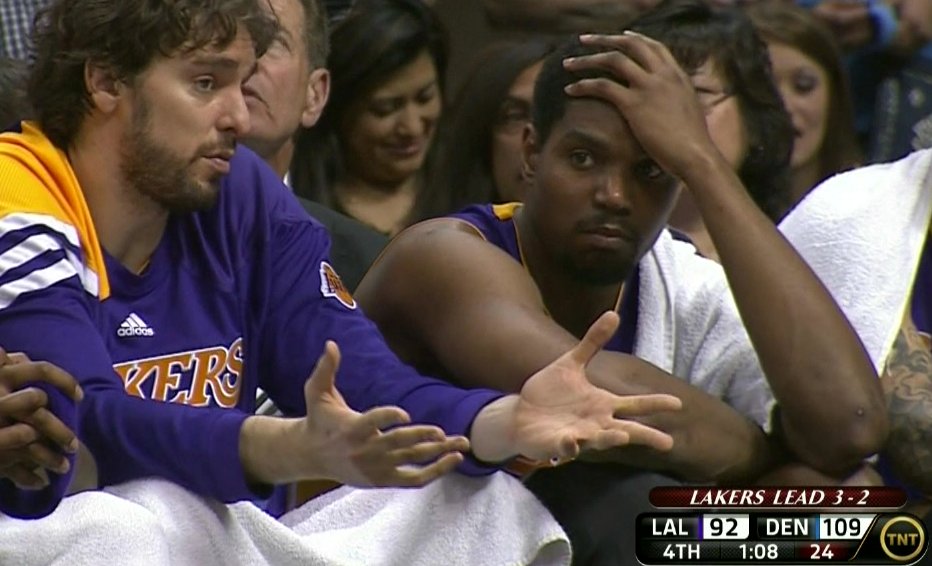 On TNT's Inside the NBA postgame show, former Lakers center Shaquille O`Neal had strong words for Bynum, a player O'Neal had called the best big man in the game, better than Dwight Howard, earlier this season.

"Big Dog, luckily for you, you have two rings as a Laker. Sometimes they say you're great, sometimes they you're not. But when Mr. Bryant leaves, possibly this could be your team," O'Neal said. "So you need to learn how to be a leader now. The younger guys and the younger big men in the league, they're looking up to you, and what you did right there was selfish.

Bynum had a triple-double with 10 points, 13 rebounds, and 10 blocks in Game 1, and had a career playoff high 27 points in Game 2, both wins for the Lakers. If Los Angeles is to advance to the second round, Bynum is going to need to have a big Game 7 on Saturday night.

For more news and notes on Lakers basketball or on this first round NBA playoff series, be sure to read Silver Screen and Roll.