The matchup between the Los Angeles Lakers and the Los Angeles Clippers was full of spectacular highlights and moments. Let's start with the dunks (which you can just view here if needed), shall we?

After the jump, a bunch of animated GIFs (if you're having trouble viewing any of them, click on the image and you should be able to see the animation).

Blake Griffin got a putback dunk over Pau Gasol.

Then the Clippers center wasn't satisfied with his bloodlust, so he decided to put Gasol on another poster.

Gasol doesn't seem happy at dying twice in one game. 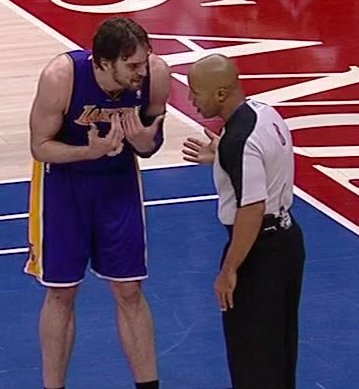 Let's finish things off with Kobe Bryant and those beautiful baseline fadeaways. Here's one of them.

Then after Bryant nailed a dagger baseline fadeaway at the end of the game, he flew off into the night.

Just another day in the Battle for Los Angeles.