A star-studded Lakers squad that has been saddled with high expectations and is off to a disappointing 0-2 start hopes to right the ship against a Clippers team that looks far more comfortable and productive when the two Staples Center tenants square off on Friday night.

The Los Angeles Lakers new-and-improved, revamped, star-studded "Super Team" has looked anything but super in its first two games of the 2012-13 season and there is a legitimate chance that the team that was the talk of the offseason might start the season 0-3 after they face the Los Angeles Clippers on Friday night at Staples Center.

The season opener against Dallas was frustrating in that it was the first regular season contest in which we'd seen the vaunted Lakers starting five operating on the floor in a game that mattered and they lost to a Dallas team without All-Star forward Dirk Nowitzki and a team that actually started Eddie Curry at center in a game that mattered. The follow-up loss to the Portland Trail Blazers was a bit more predictable, as the team has habitually struggled at The Rose Garden for whatever reason. A hostile environment? Too many ironic mustaches and throwback jerseys in the crowd? Karma after the Sam Bowie and Greg Oden flops?

It's likely the Lakers will be without Steve Nash for Friday's contest as the point guard is listed as doubtful with a knee contusion he sustained in the second quarter of the team's loss to the Blazers on Wednesday night. The 38-year-old veteran collided with Blazers rookie Damian Lillard with 2:26 remaining in the second quarter and tried to return after halftime, but had trouble planting, pushing off and accelerating as a result of the contusion and sat out the rest of the game.

Nash's absence would mean that Steve Blake would get the start point guard, with third-string backup Chris Duhon figuring to get more playing time as a reserve. Duhon did not play in the team's season opener against the Dallas Mavericks and only sniffed the floor for four minutes -- tallying one assist and one personal foul -- after Nash went down in Wednesday's game. Steve Blake has been, well ... Steve Blake.

Which brings us to our next point. The Lakers' bench is a mess. A really, really big mess. And it's not something that stems from a lack of production (although there is a clear lack of production at the moment) as much as it stems from the construction of the roster and how head coach Mike Brown is utilizing his rotations. In a fascinating piece by Kevin Pelton of Basketball Prospectus, Pelton broke down the Lakers concerns after two games and evaluated how fixable they might be. The Lakers' bench landed the No. 2 spot, and while Pelton posited that the fixability of said issue is "high", he noted that the Lakers were outscored by at least 20 points on Wednesday night when backup forwards Antawn Jamison and Jordan Hill were on the floor at the same time, and added that pulling guards Kobe Bryant and Steve Nash at the same time and leaving the second unit with a core of Blake, Jodie Meeks, Jamison, Hill and Gasol is a tall order against even the poorest of second units like the Blazers possess.

While the bench is a mess, the Lakers' defense against the Blazers might have been even worse, raising another red flag. The team has looked horrible on dribble penetration (due in some part to Howard's slow acclimation to game speed action) and even worse on help defense. But this, like many of the Lakers' early trouble can be chalked up to a team with new parts needing more time to acclimate to each other. Normally, that would be what the preseason was supposed to be for. These adjustments are going to take a while, Lakers fans.

What can we expect on Friday night?

With or without Nash, the Lakers backcourt was bound to be shredded by Chris Paul and/or Eric Bledsoe. Clippers power forward Blake Griffin has always thrown Pau Gasol around like a rag doll and there's no reason to think that won't continue on Friday. DeAndre Jordan looks (at times) like a young version of Dwight Howard (poor free throw shooting included) and with Howard operating at 80-to-85 percent, the battle in the low post could prove to be very entertaining. Kobe will be Kobe, sore foot or not. Metta World Peace will play solid defense, turn the ball over more than he should, and hoist a few threes that will invariably make Lakers fans yell, "Nooooooo!", and the Lakers bench will be exploited again (especially when Jamal Crawford torches them for 20-plus). 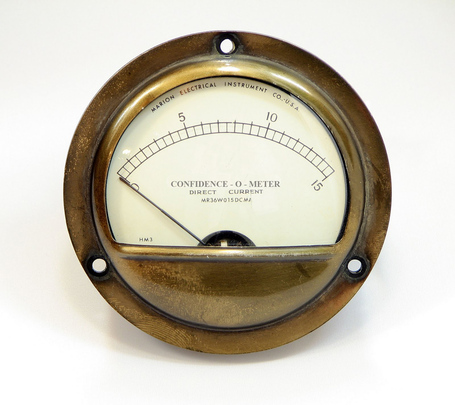 Kobe's advice for Lakers fans who are disappointed by the team's 0-2 start:

Kobe to Lakers fans complaining about 0 and 2 start: "Shut up."

Tipoff for Friday night's "Battle of Los Angeles" is scheduled for 7:30 p.m. PT. The game will be televised nationally on ESPN, locally on TWC Sportsnet, and Prime Ticket. The radio broadcast will be carried on KSPN 710 and KFWB 980 AM.