Pau Gasol and the comfort of job security

After being dogged by incessant trade rumors for much of the 2011-12 season, the Lakers' power forward can rest assured that he's wanted (and needed) in Los Angeles. And that could very well lead to a return to form for the 11-year veteran.

Share All sharing options for: Pau Gasol and the comfort of job security

With the NBA regular season only three days away and most of the preseason attention focused on the Lakers' new additions -- Dwight Howard and Steve Nash -- a refocused Metta World Peace, the battle for the final roster spots, and the health of that Kobe Bryant guy, it kind of seems like we've forgotten about an important cog in this year's Lakers team. An important cog who is arguably the best power forward in franchise history. An important cog who who is one of the most likable, well-tempered players in purple and gold, and an important cog who just so happens to look like a baby bird in 90-percent of his game photos. 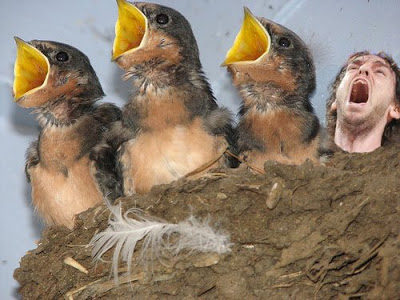 As important and likable and well-tempered as Gasol is, his 2011-12 season was one he and Lakers fans alike would probably like to forget.

Given Gasol's intelligence and apparent self-awareness, it's only natural that the spectre of trade rumors that shadowed the power forward for much of the 2011-12 season weighed on him and effected his play. He averaged career worst 17.4 points per game last season (read: still pretty good), his 16.1 pointes per game in the month of January was one of his poorest in a Lakers uniform ( read: ehh) and he essentially disappeared in the postseason, averaging 12.5 points on 43% from the field (read: brutal).

It turns out job security is an awfully comforting thing to have. With trade rumors quashed, the 2012-13 season puts Gasol in a position to able to go to work day in and day out knowing that: a) he's wanted and needed L.A., b) he's not just a Mitch Kupchak phone call away from having to look for new digs in New Orleans or Houston*, and c) he's not going to have to spend a significant time at work talking about whether a and b are effecting his ability to do his job well.

As an aside: Many sports fans often forget that these phenomenally talented athletes have brains tucked away in those freakishly athletic bodies of theirs. Most of them, anyway. These are brains that feel, brains that aren't impervious to pressure and expectations and brains that crave stability. Being 7-feet tall and able to put a ball through a hoop with either hand with regularity while 15,000-plus fans watch and scream and yell at you doesn't preclude you from reacting the same way a you or I might if we were in a similar situation. It doesn't make them superhuman. Gasol strikes me as one of the more human "superhumans" in the league.

So where does this new found job security leave Gasol?

While the Lakers continue to implement assistant coach Eddie Jordan's Princeton-style offense and grow more comfortable with it, Gasol's value to this year's squad should skyrocket. He's an unselfish player and skilled passer with great court vision, and those traits fit perfectly in the new system. We should see the offense run through Gasol fairly often as he receives an entry pass and looks to dish to a cutting Steve Nash or Kobe Bryant, or dump the ball in to Dwight Howard in the low post.

And that's not all. SB Nation's Lakers blog Silver Screen & Roll wrote (in their excellent series of positional previews) that the 32-year-old veteran could also benefit from the departure of Andrew Bynum and the likelihood that he might get extended minutes in the low post due to injuries and the current instability of the Lakers' bench:

I suspect that Pau's role will still be away from the basket, but in a capacity that much more utilizes his passing ability and seemingly tailor-made skill set for constant pick and rolls or pick and pops. Last season, Bynum's inability to step out from the painted area (well, he could. And he has. But you know how that turned out), put Gasol's devastating array of post moves mostly to waste. However, with the injury to Jordan Hill (more on that in a minute), Pau may play extended minutes with the second unit, which would put him as the team's de facto back-up center. One of the game's best post scorers will be given ample opportunity to do what he does best. I like to think about Gasol as a conductor for Nash's extraordinary point guard abilities, in that Pau's ability to see the floor will help amplify his point guard's passing acumen, as well as clear space for perimeter shooting.

In addition, Gasol's ability to execute the pick and roll paired with Nash's mastery of the play could be lethal. His size and ambidexterity paired with Howard's physicality and athleticism should present matchup problems for most opponents. And his apparent willingness to sublimate his own talents for the greater good of the team should make everyone around him better.

Now all Gasol's teammates need to do is get (and stay) healthy enough to be on the court together for an extended period of time, and all Gasol needs to do is thrive with the peace of mind that he is exactly where needs to be and the reassurance that he's wanted there.

*No offense to either city, but relocating from the perpetually 70º-and-sunny Redondo Beach to the swamp-crotch-inducing humidity of New Orleans or Houston would be a serious downgrade for anyone.