Share All sharing options for: PHOTO: Dancing With The Stars Meets Ron Artest

Ron Artest is getting into action. This can only end spectacularly for all parties.

After the jump, check out Ron learning some of his opening moves with his dance partner Peta Murgatroyd. 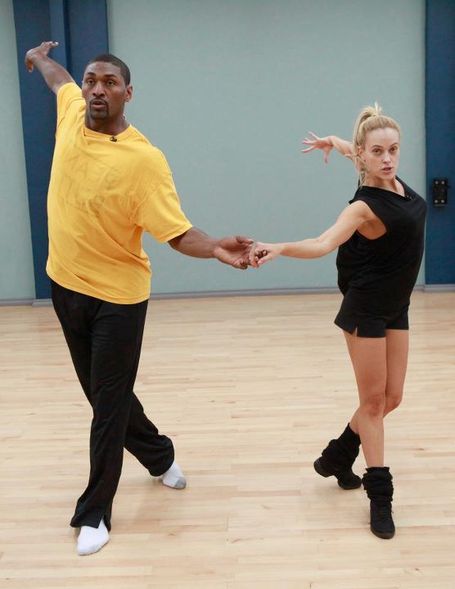 His chances for winning? Not awful; Artest is not going to bow out early; the man is too compelling on TV to be taken out early. But Artest's dancing reach is probably not terribly deep, so he'll have to reach deep to nail some of the dances he'll be asked to execute.

Plus watching him on a basketball court is always an adventure. Artest probably has some of the most out-of-control basketball motions you'll ever see, and thus it's hard to imagine him playing under control the entire time he's on this show. But that's the charm and allure of seeing someone like Artest on this show. What else is he going to do while this lockout drags on?