We know the trade of Chris Paul to the Los Angeles Clippers was a game changer in southern California. Come Christmas Day, the NBA season will begin, and so will a new era of Clippers basketball. To show the popularity of Paul in this star-driven town, we need only look to this weekend at the Galen Center.

The Clippers held a scrimmage on Sunday afternoon at the Galen Center, and 6,607 showed up to watch, per Maddelyn Burke, who also snapped this photo of fans lined up literally around the block to see the new look Clippers: 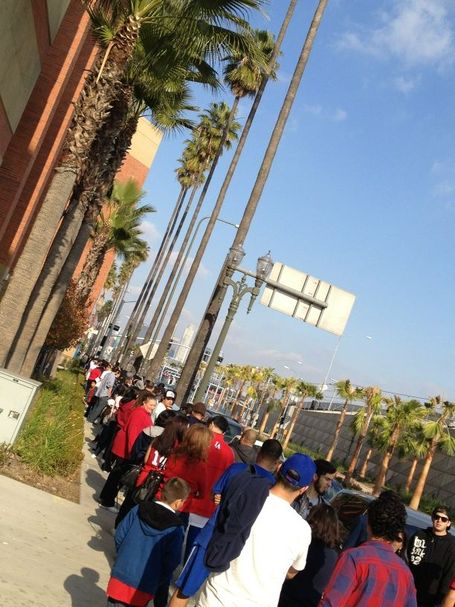 Even more impressive about the attendance is that it beat the number achieved by the Los Angeles Lakers in their scrimmage on Friday. The Lakers had 6,568 show up to watch them on Friday afternoon, per Elliott Teaford of the Daily News.

Paul and the Clippers battle the Lakers in a pair of exhibition games this week at Staples Center on Monday and Wednesday. Time to get the party started.