Here are a few highlights from the Kings celebrating the Stanley Cup, from the players to the coaches to the fans.

This dude has got the mobile kegger going. 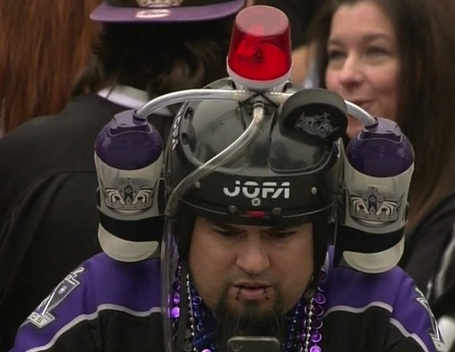 Even though it's hardly the Lakers crowd after they win a championship by beating the Celtics, this is still an impressive number of people showing up to cheer the Kings on.

There's a certain baseball cap that doesn't quite fit the situation. 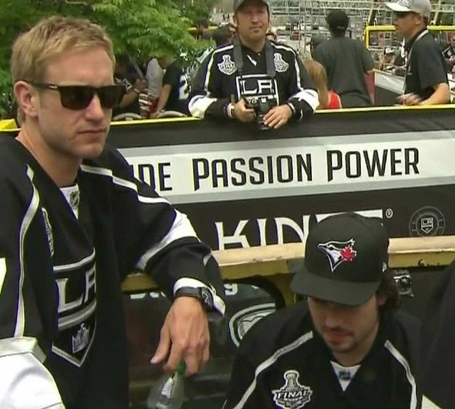 Clear the streets for a parade!

This kid really wants to take a ride on the Cup. Who doesn't?

This dude is serious about his Kings love. Check his tattoo. 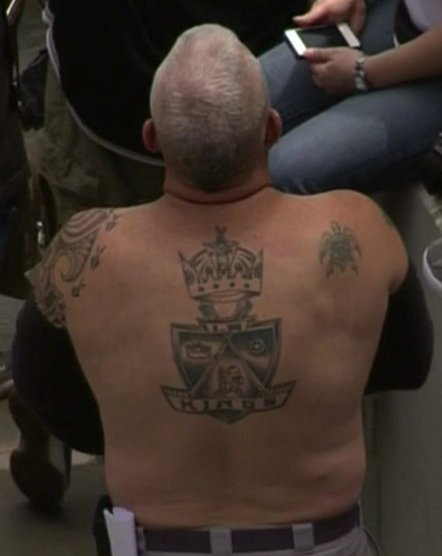 Wayne Gretzky is watching and smiling. And not moving. 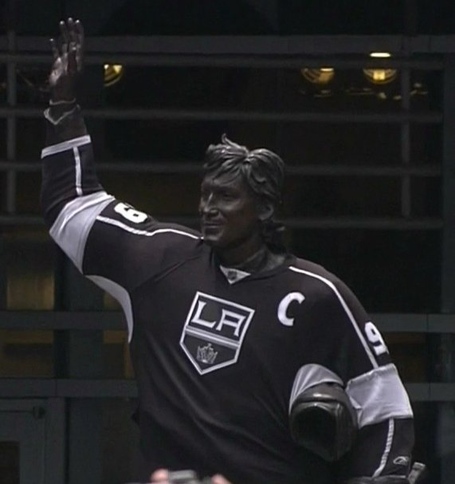 Apparently the Stanley Cup was a contest to decide who won the Rapture. 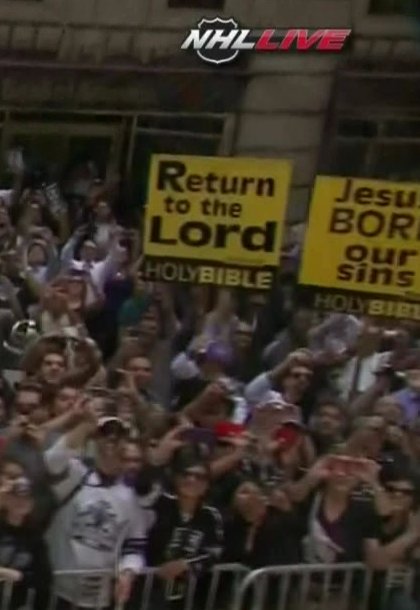 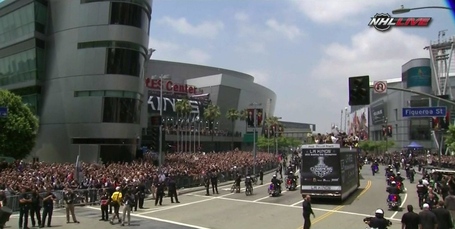 Check out the cup and the confetti that accompanies raising the cup!

The announcer in the studio wanted to get into the celebration too.

To talk about the Los Angeles Kings or celebrate with their fans, make sure that you check out Jewels From The Crown as well as SB Nation Los Angeles to get in on the action. For more on Hockey in general make sure to check out SB Nation's hockey hub.