Share All sharing options for: Kings Parade 2012 Live: 48 Hours Of The Stanley Cup

To the victors go the spoils, and Thursday marks the day the Los Angeles Kings get to celebrate in front of their fans in downtown Los Angeles. The Stanley Cup winners take part in their championship parade today, which starts at Staples Center, which has become Kings central. Even Magic Johnson, in statue form, has gotten into the act: 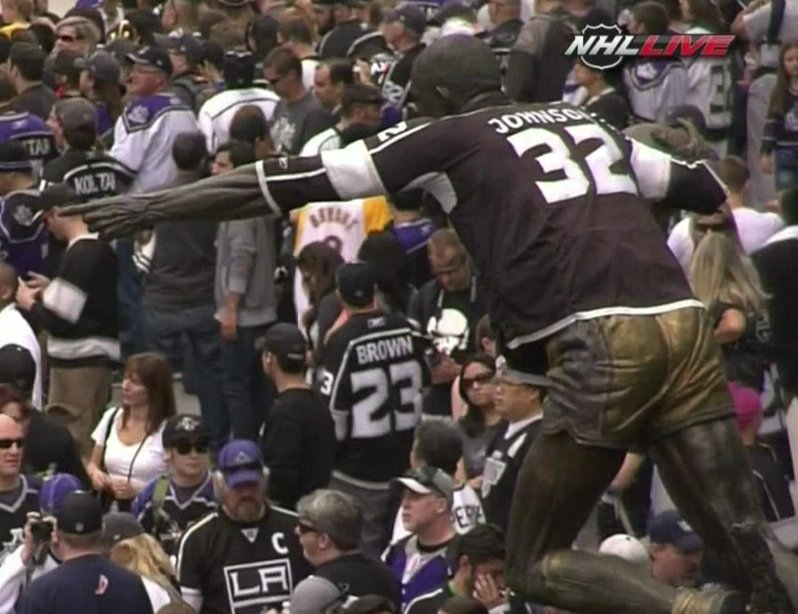 But Thursday isn't the only day of celebration for the Kings. The team has been celebrating non-stop since Monday and have taken the Stanley Cup on a wild ride, culminating in Thursday's parade. Several Kings threw out a ceremonial first pitch at Dodger Stadium on Wednesday night. That's just one example of a whirlwind 48 hours for the Stanley Cup:

For more in depth discussion and analysis of the Los Angeles Kings make sure that you check out Jewels From The Crown to get in on the action. For more on Hockey in general make sure to check out SB Nation's hockey hub.