Local NBC news affilate, NBCLA mixed up their hometown Los Angeles Kings logo with the Sacramento Kings logo on a graphic during Monday's six o'clock edition of the news.

See a picture of the goof after the jump. 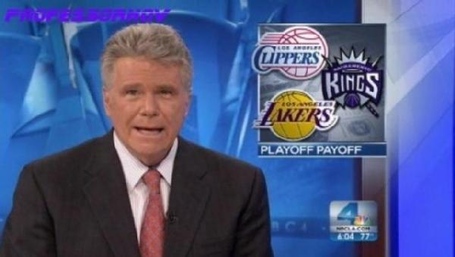 Avoiding this mistake is easy, if the graphic was double-checked it obviously was not checked by a sports fan. The colors and the logo of both teams are similar, except for the part where one logo says Sacramento and one says Los Angeles.

This was not the first mix-up between the two professional franchises, and likely won't be the last — especially if the Sacramento Kings end up moving to Anaheim.