To celebrate the 50th anniversary of Dodger Stadium this season, the Dodgers have unleashed the bobbleheads. They are giving out 10 bobbleheads in all this season, including one commemorating "The Infield" of Steve Garvey, Davey Lopes, Ron Cey, and Bill Russell on Tuesday night. But the crown jewel is the Vin Scully bobblehead. 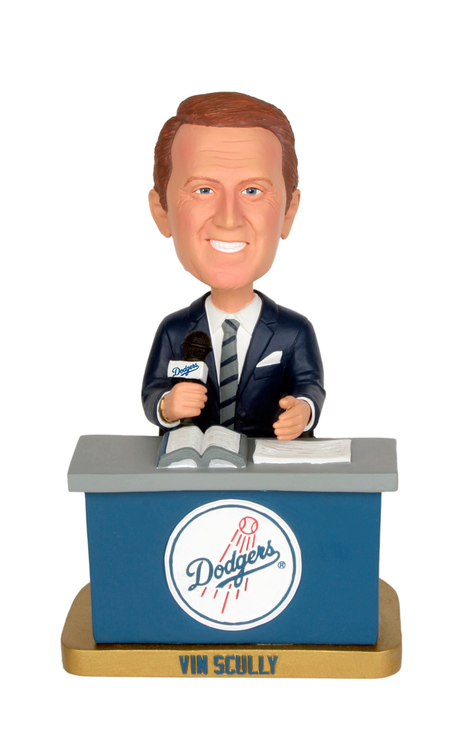 Scully will be the 10th and final bobblehead given out this season by the Dodgers, on August 30 against the Arizona Diamondbacks. But fans can't buy single game tickets to this game in hopes of securing a cherished Scully bobblehead.

Rather, fans must buy a ticket package of at least 10 games to get tickets for the August 30 game.

Scully is in his 63rd season broadcasting Dodgers baseball, making the Hall of Famer the longest tenured broadcaster in baseball history. Here is a view of the Scully bobblehead from different angles.

For more news and notes on Vin Scully and the Dodgers, be sure to read True Blue LA.

Dodgers Vs. Brewers: Without Kemp, L.A. Swept By Milwaukee