Share All sharing options for: Tommy Lasorda Honored With Statue In Dominican Republic

Former Los Angeles Dodgers manager Tommy Lasorda has long been one of baseball's great ambassadors. Whether in an interview or while sharing an elevator, the 84-year old Lasorda loves talking baseball. The National Baseball Hall of Fame is one of 17 different halls of fame in which Lasorda is enshrined, including the Latino Baseball Hall of Fame, which honored Lasorda with a statue on Friday. 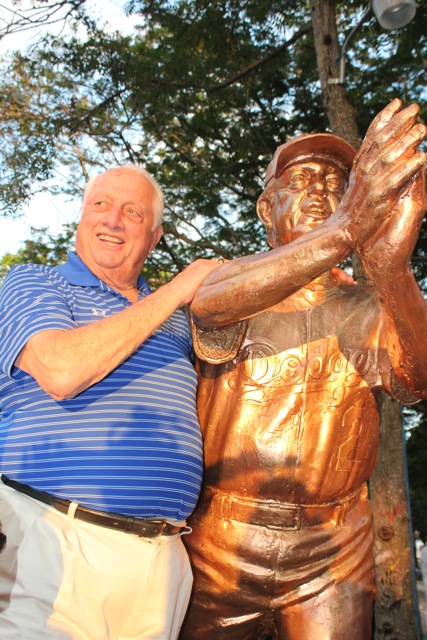 Lasorda is a founding member and the Goodwill Ambassador for the Latino Baseball Hall of Fame. A statue of the former manager was unveiled Friday at the Paseo de los Inmortales in La Romana, Dominican Republic. The organization annually awards The Tommy Lasorda Award to non-Latinos who make contributions to Latino baseball.

For more news and information on Lasorda and the Dodgers, be sure to read True Blue LA.