The Los Angeles Dodgers have one of the most classic uniforms in all of sports. The gleaming white home uniforms shine brilliantly with the blue of the logo on the front, and name and number on the back. For the most part, the Dodgers don't wear alternate uniforms all that often -- they flirted with blue tops at home briefly in the 1990s -- but this year that will change. The Dodgers will wear powder blue throwback uniforms on six occasions this season, all weekday home games, the club announced today. 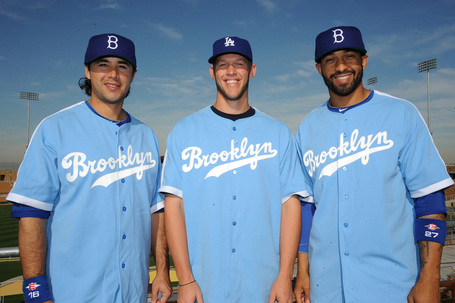 The uniforms are an homage to the 1940s, during which the Dodgers occasionally wore shiny, powder blue satin uniforms in night games. These uniforms won't be satin, but they are powder blue, with "Brooklyn" in white script across the front, and a white number on the back (the font was identified as "McAuliffe" by Ross Yoshida, the Dodgers Director of Graphic Design). The uniforms were chosen by Dodger fans in an online vote earlier this month, beating out two other throwbacks -- one from 1911, and another from 1931.

These uniforms will be worn during six "half price" weekday home games, during which the Dodgers will offer half-price food and drink, including alcohol, and half price tickets for those who wish to purchase tickets to all six games. The first game the uniforms will be worn is April 21 against the Braves, the 121st anniversary of the Dodgers' first win in the National League, over the Braves in 1890. The other five games are May 4 against the Cubs, June 15 against Cincinnati, June 22 against Detroit, August 10 against Philadelphia, and August 31 against San Diego. 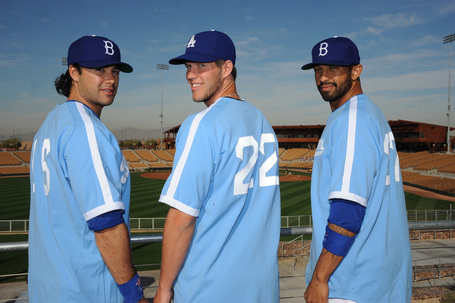 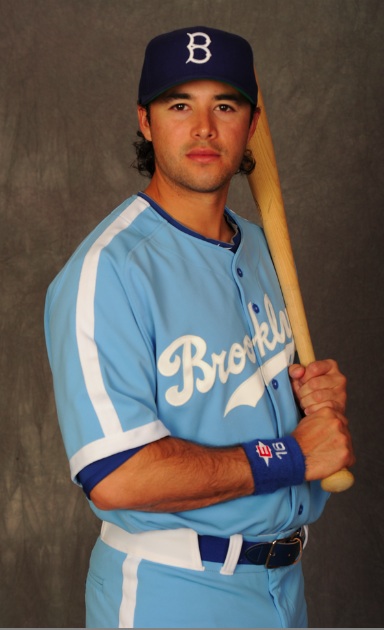 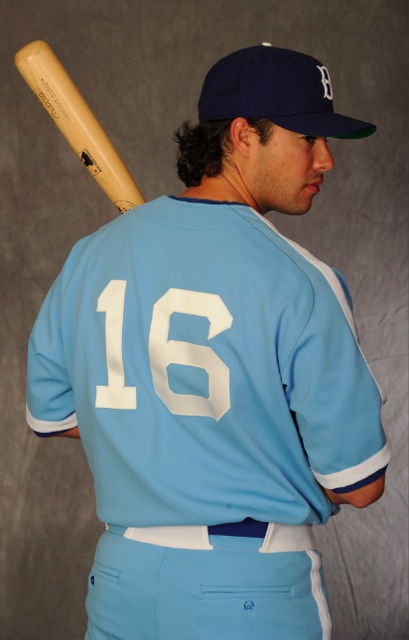 For more Dodgers news and information, be sure to read True Blue LA.