Chris Paul and Blake Griffin were the ones who really lifted the Los Angeles Clippers to victory over the Memphis Grizzlies in Game 4 of the Western Conference Playoffs to go up in the series 3-1. Paul put up 27 points, nine rebounds and seven assists, and Griffin added 30 points, five rebounds, and seven assists to help put L.A. one win away from the second round. Here are some highlights from last night's game.

Caron Butler wore a guard on his hand, and he still managed to shoot a three later on. 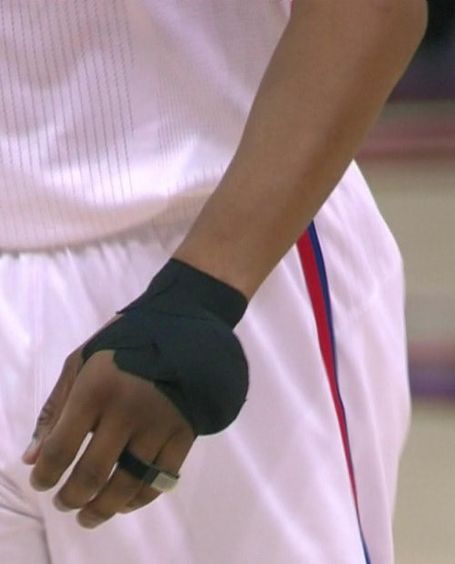 Marc Gasol came up with his defensive kung-fu mojo on this play, and came up just a little short

The physicality romped up between Gasol and Reggie Evans, and Zach Randolph and Griffin later on in the game.

Butler is all pumped up here.

Griffin and the refs all love each other.

CP3 had a nice shot that didn't count.

Blake Griffin converts the AND-1 dunk.

One Clipper fan was quite ready to get up close with CP3.

Kenyon Martin is a little frustrated and gets a bit angry, cursing.

And Paul hits the dagger and reacts with Griffin.