As the NBA lockout rolls on, its players continue to find new ways to spend their spare time and money. For Los Angeles Clippers forward Ryan Gomes, that meant getting a new tattoo: a large depiction of praying hands, framed with the words "Truly Blessed," on his lower-left abdomen. Dime Magazine called the tattoo "The NBA's best new ink," which is no mean feat, as Gomes joins (at least) Dominique Jones, Amir Johnson, and DeMarcus Cousins as pro hoopsters to get fresh ink during the lockout. 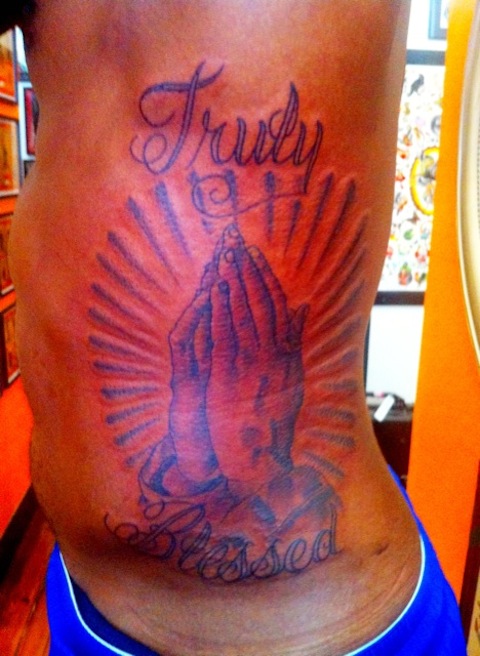 Gomes is indeed blessed, having signed a three-year, $12 million contract with the Clippers last summer despite the fact that owner Donald Sterling "had never heard of" him or fellow free-agent acquisition Randy Foye. He struggled in his first season in the City of Angels, posting career-worst figures in scoring (7.2 points per game) and shooting (41 percent), but the former Providence College standout's prior NBA track record (11.5 points, 45.3 percent shooting in his five seasons prior to the last one) suggests he'll recover a bit in the coming season.