The NBA life has treated Chris Kaman well. The Los Angeles Clippers center has earned $51.5 million in salary during his eight-year career, and he is owed $12.7 million in the coming season, the last of the five-year extension he signed in 2006.

But due to the NBA lockout, Kaman may never see that $12.7 million. The NBA won't even mention players on its website during the lockout, so obviously it won't cut checks to them, either. So how does Kaman plan to stretch his dollar now that he doesn't know when he'll get paid again?

By buying in bulk. Obviously.

"Gotta start buying in bulk now!" Kaman wrote on his Twitter account on Friday morning, the first day of the lockout. He attached a photo of him posing outside a Costco warehouse: 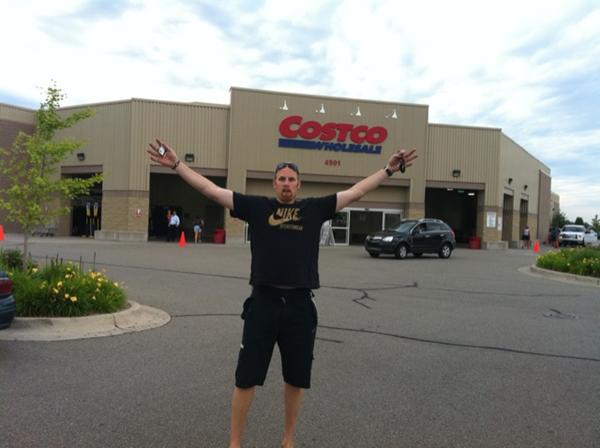 Kaman's just having fun here, but it's important to remember the lockout has a much more severe impact on team and arena employees than it does the players. Scouts, support staff, folks who work concession and retail, and many others will find themselves out of work during the NBA labor dispute. Perhaps Kaman may bump into some of them at Costco. They'll need to pinch pennies--a lot of them--as well.