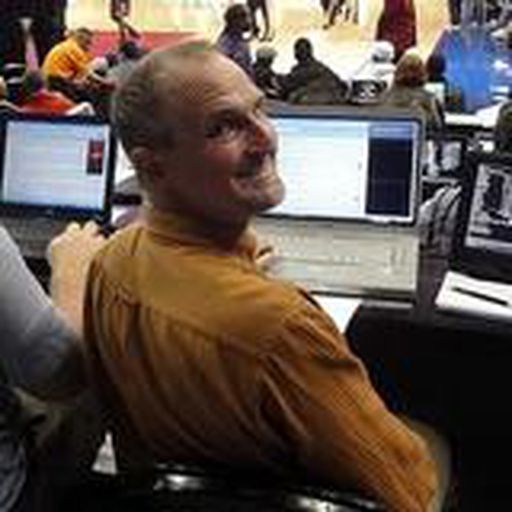 In the midst of a semi-successful career in the technology industry, after a particularly grueling IPO followed by a popping noise that turned out not to be his last healthy Achilles tendon but rather the bursting of the tech bubble, Steve decided to take a couple months off to spend some time with his kids, ClipperMax and ClipperZoe. Finding that a life of leisure appealed to him (particularly the shall we say more flexible rules concerning personal hygiene), the brief sabbatical has now stretched into many years. To pass the time between coaching youth soccer, Brownie troop meetings and elementary school field trips, he would often bore / harass / terrorize his ever-shrinking circle of friends with endless emails about the NBA, and more specifically, his beloved Clippers. Needing a more efficient format for disseminating his brilliance, the blogosphere serendipitously appeared, perhaps through the intervention of benevolent pixies. Why should you care what Steve has to say about anything? Because he has a lot of time on his hands. Why is Steve a Clipper fan? We don't have that much time.

Eric Bledsoe is better than you think

The Clippers' Eric Bledsoe is in elite company this season in terms of productivity even if he's not a household name.

Should Clipper fans be worried about Griffin?

Blake Griffin's scoring and rebounding numbers are down from his first two seasons in the league. Is there an explanation for this decrease in productivity?

Before the season there were several unanswered questions about the Clippers. We're beginning to get the answers, and it all adds up to a team that can contend at the highest levels this year.

Is DeAndre Jordan the best center in the West?

DeAndre Jordan is coming off back to back 20 point games for the first time in his career. He leads the NBA in field goal percentage and looks like he's finally turned a corner in his development as an NBA center.

The Clippers face several big unanswered questions as they enter the regular season, and the answers may determine whether this is just a solid playoff team or a real contender in the Western Conference.

The Clippers and Lakers meet tonight in the preseason. Both coaches have decided to rest some key players including Kobe Bryant, Dwight Howard and Lamar Odom, but the city series will heat up soon enough in their regular season meeting next Friday.

The Clippers had a busy off-season, adding seven new faces while re-signing Chauncey Billups and Blake Griffin. The bench is deeper and the roster has better balance, but how will all the pieces fit together?

Both Chris Paul and Blake Griffin have required surgery this summer as the result of injuries incurred playing for Team USA, but both are expected to be full strength when the season starts.

Clippers Coach Vinny Del Negro to Return Next Season: Not Bold But Not Bad

The Clippers on Tuesday announced that coach Vinny Del Negro would return for a third season as head coach. Does the decision make sense, and how does it affect the future of Chris Paul and Blake Griffin?

NBA Playoffs: Clippers Season Ends After Being Swept By Spurs

The Clippers lost Game 4 and in the process were swept out of the playoffs by the Spurs, but the first year of the Chris Paul era in L.A. was still a rousing success.