The fourth leg of the 2012 Tour de France will take place on Wednesday. It should be a great day for cycling as the field makes their way from Abbeville to Rouen, which always has some breathtaking views for those in attendance.

Route: Here is where the cyclists will be on Wednesday for stage four. It is one of the longest parts of the Tour de France at 214.5 km, which means there will be plenty of opportunities for those towards the back of the pack to make their move down the stretch. Endurance will be the key for all of the racers today. 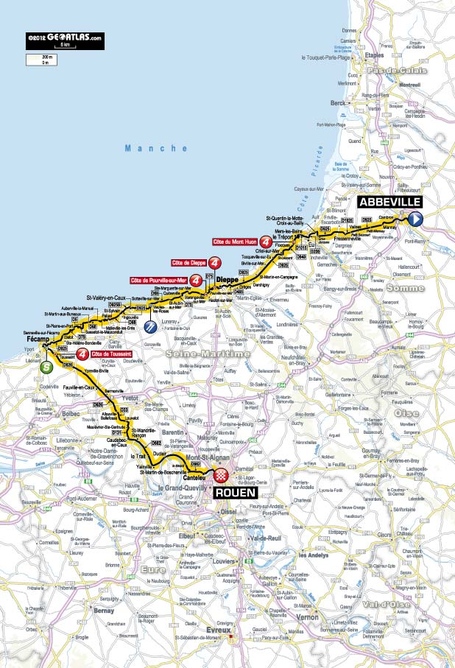 Online Streaming: You can find a live stream of the race online via NBC Sports

Stick with the SB Nation Los Angeles StoryStream for recaps, previews and more from the 2012 Tour de France. For continued updates on the tour and all-things cycling, check out Podium Cafe.