Stage 14 of the 2012 Tour de France is a 191km run from Limoux to Foix that features two Category 1 climbs in the back half of the stage. They aren't quite tall enough to offer a chance for general classification contenders to do major damage to each other, but they're easily tall enough for a determined breakaway to make their escape.

The descents are especially treacherous, and with the climbs making their first appearance in the race in more than 30 years a daring rider might gain a big advantage over those playing it safe. Typical of a stage like this is strong efforts from younger riders, and there's always a French rider or two looking to impress in the national race. Thomas Voeckler (Europcar) has yet to make his mark in the 2012 Tour, and Stage 14 would be a good opportunity for him to do so. 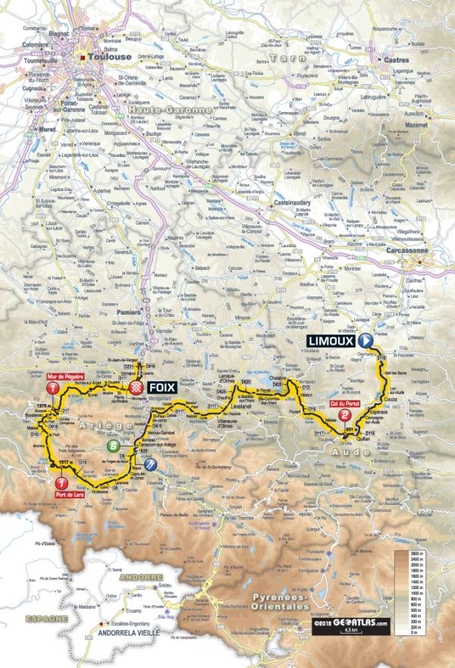 Stick with this StoryStream for results, updates and more from the 2012 Tour de France. For all things cycling, check out Podium Cafe.