Kevin Harvick is one of the best drivers out there in NASCAR and is expected to have a big season, and is one of the favorites overall in the Daytona 500. He didn't have a great qualifying round this Sunday though, as this happened to his car when he was driving it. 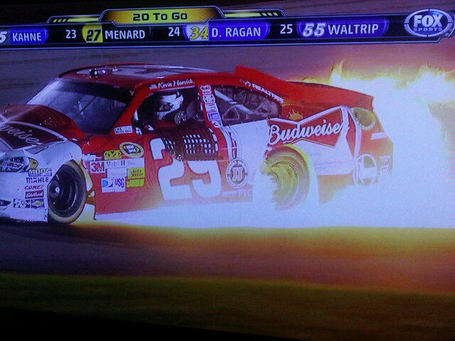 Harvick didn't seem to care too much when he was driving it though, as he just kept on going even as his car was burning. Harvick finished 20th overall, with an average speed of 192.914, a time of 46.653, and finishing -0.437 behind the leader.

Still, the fact that Harvick was able to perform with his car burning up will probably bode well for his chances at the Daytona 500 race coming up next week.