Before the Oregon Ducks and Wisconsin Badgers face off in the 2012 Rose Bowl on Monday, the Los Angeles area will once again host the world-famous and historical 123rd Tournament of Roses Parade. The Parade will begin at 8:00 AM PST and will be televised live on KTLA 5 in Los Angeles. Full coverage, including backstage looks at the floats, will begin on KTLA at 6:00 AM. You can also watch the event streaming on the KTLA website. 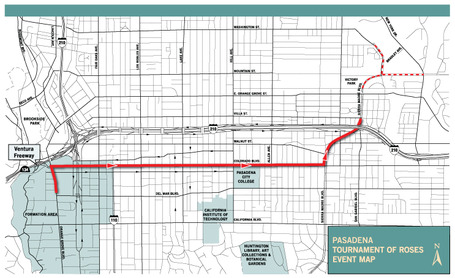 You can find much more information on the parade, including a number of videos, at KTLA's web site. You can find full details on the parade and all related events by visiting the official Tournament of Roses website.

For more in depth discussion and analysis of the Oregon Ducks, make sure you check out Addicted To Quack to get in on the action. For the Badgers side of things, head on over to Bucky's 5th Quarter.