The two biggest stars in the Los Angeles Galaxy will be missing time over the next few weeks for two different reasons; both of them great honors. Today, May 24th, in Manchester, David Beckham will once again don the red shirt of Manchester United. Gary Neville’s Testimonial match is a friendly affair against Juventus, and Beckham was asked to play as a United great and a friend of Neville. As a result, Beckham will miss the Galaxy’s match on Wednesday against Houston Dynamo. 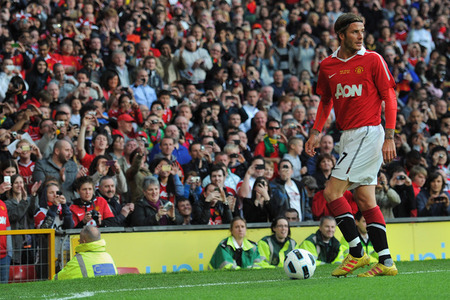 Landon Donovan will also be missing some upcoming Galaxy matches, having been named to the USMNT roster for the CONCACAF Gold Cup. Donovan will also be called into duty for the US friendly against Spain on June 4th. Donovan has 130 caps and 45 goals for the national team, and has been on three Gold Cup winning squads. Landon Donovan could, if the national team makes it through group stages, miss the entire month of June.