Blake Griffin is already the talk of NBA All-Star Weekend. He already had seven dunks last night in the Rookie Challenge, and is slated to play in the All-Star Game on Sunday. But the event everyone is waiting for is the Slam Dunk Contest tonight. There was talk earlier today that Griffin would try to dunk over a car; that is looking more and more like a reality now, which would be the biggest prop dunk in contest history.

Griffin is already the heavy crowd favorite, playing on his home floor, but dunking over a car would take his profile to a whole new level. SB Nation's Rohan Cruyff of At The Hive is covering All-Star Weekend at Staples Center, and snapped a picture of the apparent car in question: 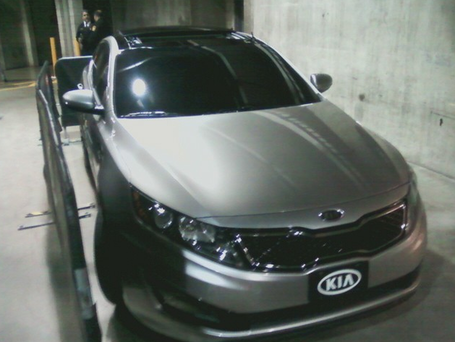