New images were released Tuesday showing the latest design scheme for the proposed downtown NFL Stadium known as Farmer's Field. Unveiled as part of a stadium project update by AEG and ICON Venture group, the images not only show where Farmer's Field would be situated relative to LA Live and the Staples Center, but give a glimpse of the expected gamed day atmosphere. 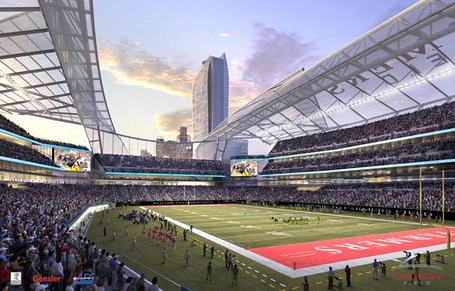 "We have really challenged the Gensler team to create a unique design for Farmers Field that is destined to become another distinguished signature building for Los Angeles and at the same time a remarkable achievement in venue functionality and sustainability…This stadium and event center will be like nothing you’ve ever seen or experienced." -Tim Romani, President and CEO of ICON Venture Group

Farmer's Field will house Los Angeles' NFL team which is rumored to be anyone from the San Diego Chargers to the Oakland Raiders to the Minnesota Vikings. It was announced today that the project is still on schedule, and that they plan to break ground later this year. 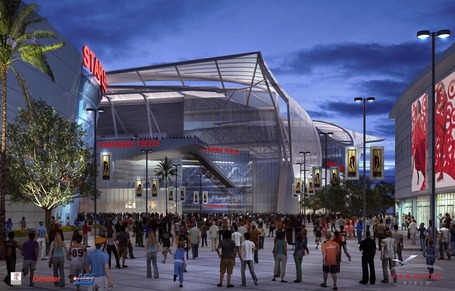