Farmer's Field is hopefully going to be the new location for football in Los Angeles; situated right in the new and hopping part of the downtown district, the LA stadium designed to bring in a new NFL team looks relatively impressive. Situated right next to Staples Center, the two new age sporting facilities could usher in a golden age of Los Angeles team sports that should help stimulate the local economy and provide the city with much needed revenue.

One of the nice features will be a retractable roof that will probably not need to be used often, considering the weather tends to be temperate, warm and sunny. Take a look at photos of Farmer's Field covered and uncovered, with the retractable roof in place for one photo and sliding out on the other.

(Thanks to the Farmers Field Twitter for the update). 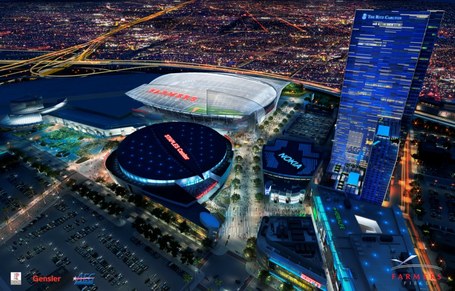 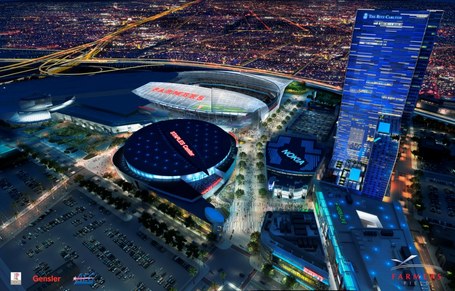