The Ducks and Bobby Ryan resumed contract talks on Friday, according to RotoWire, and Ryan reportedly wanted a three-year deal, but Larry Brooks of the New York Post says he didn't get it: 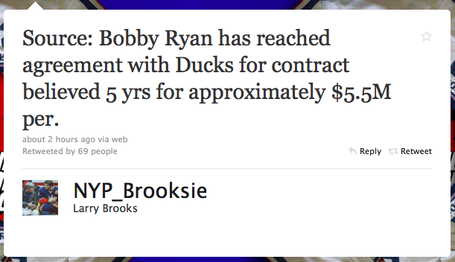 That's money to make anyone feel right at home, however.

One major caveat: Ryan's agent says nothing is done, so keep your eye on this one.

For more on this and all your Ducks news, visit SB Nation's Anaheim Calling.