The Angels will open their 2011 season with a four-game series in Kansas City to face the Royals, beginning Thursday, March 31, followed by a two-game set in Tampa Bay, the team announced today. The club opens at home on April 8 against the Toronto Blue Jays.

For their interleague slate of 15 games, the Angels will first travel to New York to play the Mets (June 17-19) before heading to Florida to face the Marlins (June 20-22). They head back to the West Coast to play the Dodgers in Los Angeles (June 24-26) before returning home to square off against the Washington Nationals (June 27-29) and LA Dodgers (July 1-3) in Anaheim.

The Angels finish their season at home with a three-game series against the Rangers, on September 26-28. 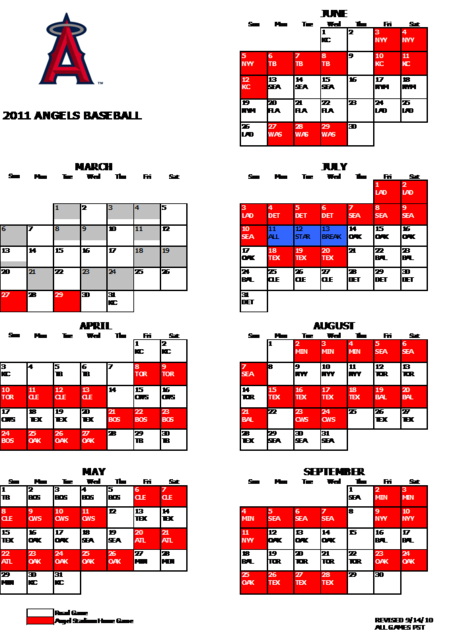