Andre Ethier Serves Up Dodger Dogs For A Good Cause

Share All sharing options for: Andre Ethier Serves Up Dodger Dogs For A Good Cause 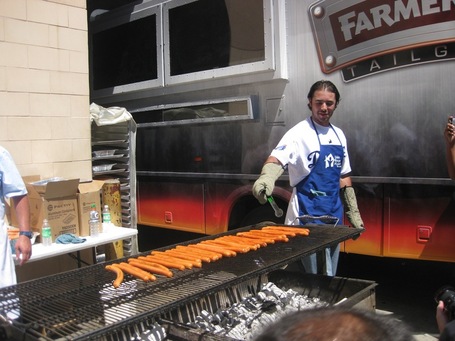 Andre Ethier today visited the Union Rescue Mission in downtown Los Angeles to volunteer his time to help feed the homeless, putting his culinary expertise -- he has a blog about food, after all -- to good use as he grilled up 500 hot dogs from the Farmer John tailgater truck.

Ethier visited the Union Rescue Mission for the third year in the row and has been involved in the Los Angeles community since arriving in the Major Leagues in 2006. Last year, Ethier hosted a Carne Asada Sunday event for fans, held yoga on the field at Dodger Stadium, and initiated a shopping trip at Best Buy for underprivileged children. Ethier has taken part in the Dodgers Community Caravan each year since 2007. In 2008, the outfielder visited and served food at the Weingart Center and also served the homeless in both 2008 and 2009 at the Union Rescue Mission.

Union Rescue Mission is one of the largest rescue missions in the United States and the oldest in Los Angeles and serves many residents in need. Here are some more pictures from the event, courtesy of Christy Hofmann of SB Nation: 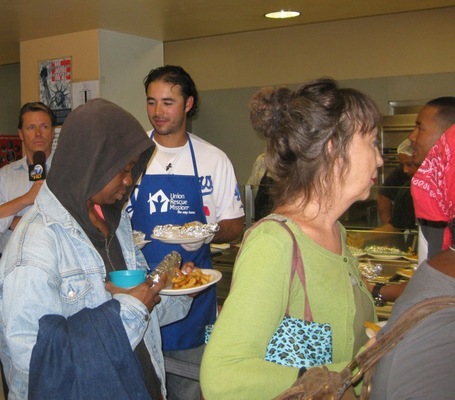 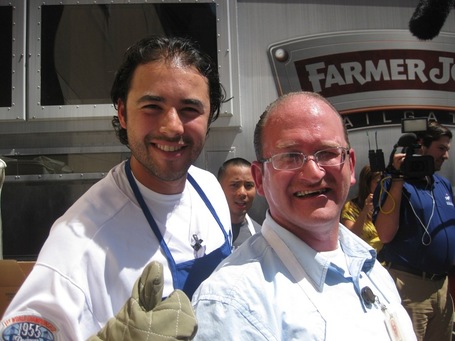